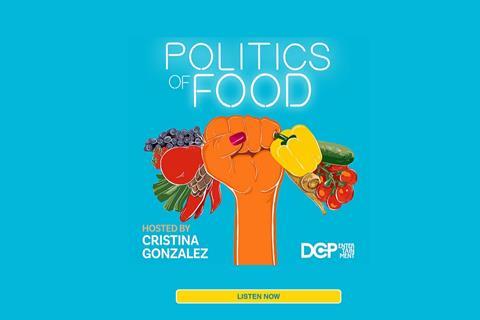 Meals, it’s mentioned, brings individuals collectively. Not at all times. Inequity exists throughout the meals trade, and other people of color are among the many worst affected. Therefore ‘Racism in Meals Media’, the most recent episode of US podcast Politics of Meals (21 April).

Puerto Rican host Cristina Gonzalez opens with some very large questions – similar to: “How can we distinguish between meals appropriation from easy appreciation of somebody’s meals tradition?” and “How can we belief ourselves to know when a piece surroundings turns into poisonous?”

It’s rather a lot to cowl in simply 58 minutes – which centre on the experiences of two ladies.

First up is Kiano Moju, founding father of Jikoni, an arts studio specialising in meals video content material. She discusses her adolescence as a cook dinner on BuzzFeed’s Tasty channel, when solely her palms would seem. Grimly, some viewers expressed shock they had been brown. Worse, others demanded the channel use solely white palms in future.

Moju, who’s of Kenyan heritage, reveals how Tasty, which had an overwhelmingly white workforce, launched black content material solely as a result of it attracted additional clicks.

The second visitor is Chinese language-American chef Jenny Dorsey, who criticises the US for its “very white-centric style with regards to meals”. That bias is bolstered by media stereotypes similar to African meals not being nutritious or all Thai dishes being spicy, she says, happening to supply a wealth of options to a dispiriting state of affairs.

It’s essentially the most compelling part of a compelling episode that deserves a second half.

5 foods to pair with Tequila on National Tequila Day

Luke Shaw’s Man Utd resurgence: From being outrun by a fitness coach to starting at Euro 2020